The end of summer is near, so it’s time to make the most of summer and explore the natural beauty of Hamilton’s waterfalls. There are over a hundred to visit, so we have picked six that you should definitely check out. 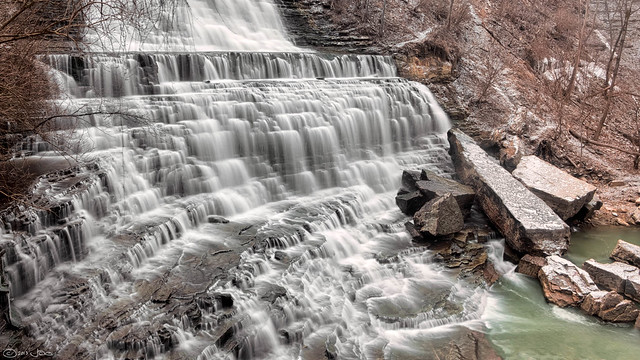 The most charming waterfall in Hamilton is Webster’s Falls. At 20 meters high, it is the largest and most-visited waterfall in the area. If you decide to see it, you should definitely also explore Spencer Gorge and Webster’s Falls Conservation area in Greensville. This waterfall was named after Joseph Webster who purchased the fall and its surrounding area in 1820.

The legend says that there was an indigenous woman named Evening Star, who fell in love with a European settler, which was a taboo. An indigenous man who was enamoured with her beauty killed the European man. Feeling severely heartbroken and desolate, she went over Webster’s Falls with the corpse of her lover.

Tew’s Falls is a ribbon type of waterfall and, at 41 meters, it is the tallest waterfall in Hamilton. It was named after a waterfall that had a height notably greater than its crest width. It is located in Webster’s Falls Conversation area. 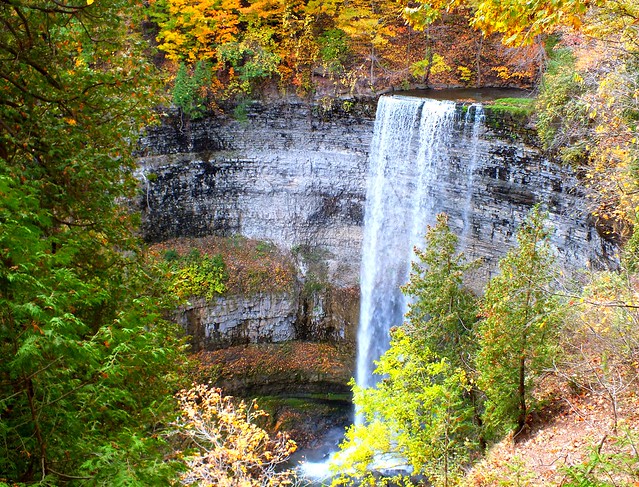 Tiffany Falls are 21 meters high and located in the Tiffany Falls Conservation Area in Ancaster. You had better visit this waterfall during the autumn, as the colourful leaves make it very picturesque. It is named after Dr. Oliver Tiffany, the district’s first doctor. 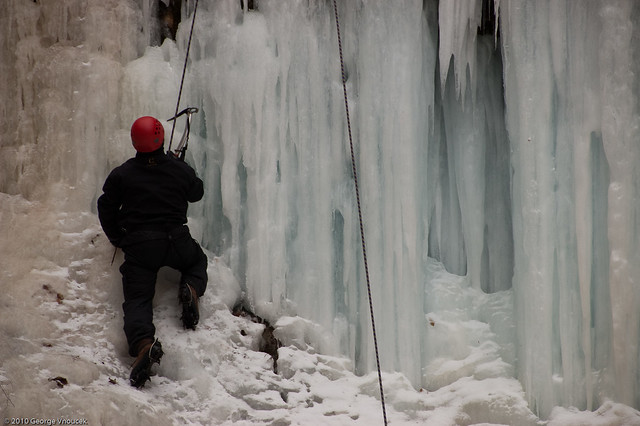 Tip: Ice climbing is allowed at Tiffany Falls, making it a fun winter attraction for all rock climbers.

Sherman’s Falls, also known as Fairy Falls or Angel Falls, is a terraced ribbon type of waterfall. It is 17 meters high and the surrounding area is ideal for hiking. It is named after the Sherman family who had a farm on this beautiful property. 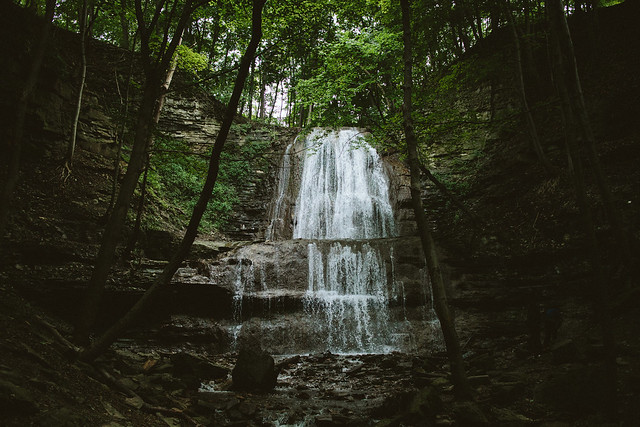 This 23-meter high waterfall streams into a deep gorge. After a day of heavy rainfall, this waterfall offers the best views.

This 35-meter waterfall offers a stunning view of both Stoney Creek and Hamilton Harbour. You may be curious why this waterfall has such a strange name. Mythology has it that the waterfall was created by God, who didn’t want to use His name, so he decided to name it after his fallen angel, the Devil.

We hope that you enjoyed this guide to just a few of our favourites among the many waterfalls in and around Hamilton. Many of the ones mentioned above are close to one another, so first check out a map then plan your trip accordingly. If you pay close attention, you will notice that, on the map, the waterfalls are arranged in the shape of a flower.

#WeekendVibes What are your plans for this weeken

Reach your goals at your own pace and don't compar

Golden hour in Toronto! 🌇 Which is your best s

#Throwback to a happy moment from last summer. Loo

Let's welcome the new week with a powerful attitud

Are you ready? ILAC is resuming in-person classes in Vancouver starting July 6 and in Toronto once the government approves.

ILAC has invested thousands of dollars to update its campuses and provide a safe and healthy environment for learning.
Safety measures include:
Thermometers at the main entrance
Social distancing inside the school
Classes with 4 students maximum
Masks provided to all students to wear at all times
Medical grade air filters as used by dentists and medical clinics
Hand sanitizers at all entrances
Regular hand-washing protocol (signs across the building)
Disinfection through fogging and misting
Face shields for employees in high traffic areas and for teachers
Nurses on-campus to monitor all procedures are being followed correctly

VANCOUVER: As of July 1st, 2020, the International Language Academy of Canada (ILAC) will become the official new home of the IELTS test centre formerly run by Global Village Vancouver.
View on Facebook
·Share

ILAC is planning to reopen its physical campuses in the coming weeks and months.

We are very excited to resume in-person classes in Vancouver starting July 6, and in Toronto once we have provincial approval.
View on Facebook
·Share

Any cookies that may not be particularly necessary for the website to function and is used specifically to collect user personal data via analytics, ads, other embedded contents are termed as non-necessary cookies. It is mandatory to procure user consent prior to running these cookies on your website.