Learn Canadian Slang From ‘How I Met Your Mother’

How I Met Your Mother is an absolutely legendary and epically hilarious show that entertained millions of viewers over its nine years span. It won 18 awards and was nominated for an Emmy award as an outstanding comedy series.

Countless fans got obsessed with its hysterically funny characters and their emotional roller-coasters: the main character, Ted Mosby, and his group of friends in New York: Canadian Robin Scherbatsky, a couple Marshall & Lily and an awesome womanizer Barney Stinson. Below is a list of slang terms commonly used in this show. 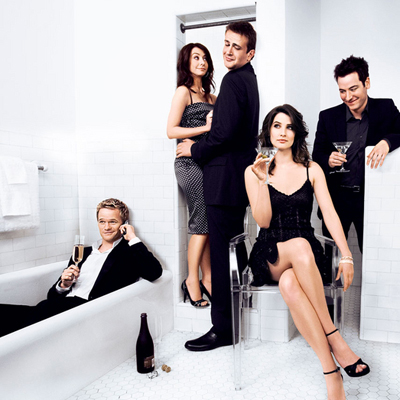 Suit Up – One of the best of Barney’s catchphrases, usually used to make Ted wear a suit for whichever of Barney’s ridiculous pick-up events.

Example from ‘How I Met Your Mother’ :
Barney: Ted, shut up and suit up!

To lose the goatee – to shave off a small pointed beard which looks like a goat beard. Actually, listen to Barney, he is right, as girls don’t like a goatee.

Example from ‘How I Met Your Mother’ :
Barney: Lesson one, lose the goatee, it doesn’t go with your suit.
Ted: I’m not wearing a suit.
Barney: Lesson two, get a suit. Suits are cool”

Legendary – Barney’s signature phrase is “This night will be legendary!” Legendary means something memorable and famous, something that everybody knows, something that people will talk about. In Canadian slang, you can use a term “legendary” to describe an event. If you saw a great concert, you can say to a friend: “This was the best show I have ever seen. It was legendary!” In this case, you mean that the concert was so good that you will never forget and will talk about it forever.

Goona – slang for the expression “going to”

Philly – Philadelphia, the fifth most-populous city in the United States

Awesome – is you and Barney Stinson. Seriously speaking, it is something extremely impressive, great, and just amazing. If you are trying to stay positive, describe everything you see as “awesome. ” If you are looking for a noun, then use a term “awesomeness” 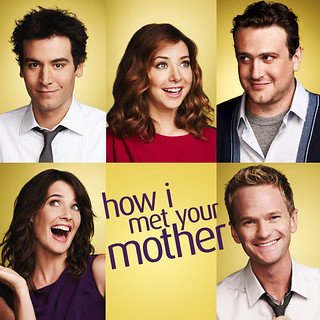 Example from ‘How I Met Your Mother’ :
Barney: Whenever I feel sad, I just stop being sad and be awesome instead. True story!

Practice Canadian slang, while talking to your friends and don’t forget to subscribe to our Blog and ILAC Radio podcasts for more English lessons.

The photos are licensed under a Creative Commons Attribution 2.0 Generic License.

What an amazing day! Yesterday, our students had

Today we are remembering #InternationalHolocaustRe

Have you ever seen frozen bubbles in a lake? Durin

What's for lunch? Share in the comments your favor

Are you planning to do an IT program? Join this

Warm wishes on Lunar New Year to you. May this yea

Any plans for the weekend? The Toronto Ripley’s

Helen, from Venezuela🇻🇪 started at ILAC at the lowest level and then when she reached the level of ILAC International College she applied for the school. After six months as an ILAC IC Co-Op student, she was able to put into practice everything she learned in her classes and applied them to her 20-hr Co-Op work. She was excited that was able to work 40 hours per week on school breaks, and she realized her life dream with her English level and working and living in Canada. It was her life’s dream. “It is an experience that you will never forget!”What is your dream? 🇨🇦#ILACInternationalCollege #iLOVEilac #ILAC #DreamBig #RealPeopleRealStories #studyincanada #ILACtoronto #ILACVancouver #Canada #ILACIC ... See MoreSee Less

Congratulations to the graduates of Georgian at ILAC College! Your hard work and dedication have paid off. This isn't goodbye, keep in touch and share your stories with us. You are the future! 🇨🇦#georgianilac #graduation #FutureLeaders #georgianatilac #iloveilac #ilacpathway #dreambig ##ilac #studyincanda #ilactoronto #ilacvancouver #canada ... See MoreSee Less

Are you planning to do an IT program? Join this info session to learn how Conestoga College diplomas and graduate programs are designed to prepare you for the Canadian job market!When? Wednesday, January 25 at 9 a.m. ESTWaterloo (an hour from Toronto) is one of the world's fastest-growing tech sectors, offering extravagant opportunities to work with all the big tech employers in the region! Register here: us02web.zoom.us/webinar/register/8416735326106/WN_jPjq83ZCTV6_J2NAlyJxVg ... See MoreSee Less

Denis, from France, studied Business Management but decided to come to Canada to develop his English and discover new adventures and experiences. He loves all his teachers because they are accessible and give great advice to international students. Because of his teacher’s advice and the flexibility of the ILAC International College schedule, he was able to obtain a Sales Associates position at Hugo Boss. He is excited about his future in Toronto.What is your dream?🇨🇦 #ILACInternationalCollege #iLOVEilac #ILAC #DreamBig #RealPeopleRealStories #studyincanada #ILACtoronto #ILACVancouver #CANADA #ILACIC ... See MoreSee Less